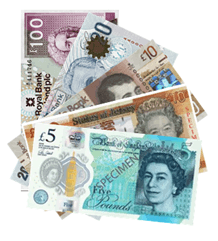 Land and Buildings Transaction Tax (LBTT) replaced Stamp Duty Land Tax on the purchase of property in Scotland on the 1st April 2015. Since then there have been many updates, amendments and guidance notes issued. The purpose of this blog is to provide an update on the current threshold and tax banding for LBTT, the new First Time Buyers Relief and the increase to the Additional Dwelling Supplement (ADS).

The threshold for paying LBTT on the purchase of residential property has been set at £145,000 meaning no LBTT would be due on any purchase under this value. Please note however an application would require to be submitted to Revenue Scotland to notify them of purchase transactions between £40,000 and £145,000.

Transactions below £40,000 are outwith the scope of LBTT.

The current banding for the amount of tax due for residential property purchases is based on the following sliding scale:

To put this into context, the amount of LBTT due for purchasing a property for £760,000 would be calculated as follows:-

The draft budget for 2019/2020 proposes to keep these figures as they are. Changes, however, are being made to the LBTT rates for non-residential properties.

Revenue Scotland state that the Scottish Government are placing a huge emphasis on helping first time buyers get on to the property market. Therefore, subject to certain conditions, first time buyer relief is available to any first time buyers who purchase a dwelling which they intend to occupy as their only or main residence.

Revenue Scotland have prepared the below table, which sets out examples of the amount of tax which would be due for various transactions with and without the relief:

The Additional Dwelling Supplement is an additional amount of Land and Buildings Transaction Tax payable on the purchase of any additional properties in Scotland, e.g. a buy-to-let property or a second home. This additional tax was only introduced in 2016 and has raised a considerable amount so far.

At present, ADS is charged at 3% of the purchase price. The Finance Secretary announced in his winter 2018 budget that he intends to increase the rate, which has now been passed by the Scottish Parliament and will increase to 4% from the 25th January 2019.

The budget states "the increase in the supplement forms an important element of the Scottish Government's drive to protect opportunities for first time buyers in Scotland, reinforcing the progressive approach in place for LBTT rates and bands."

They have agreed to a transitional period, in which the rate will remain at 3%. This will apply if the date the transaction settles, known as the effective date, is on or after 25th January 2019, but the contract (missives) for the purchase was agreed and concluded before 12th December 2018.

Transactions below £40,000 will remain outwith the scope of LBTT and ADS.

This is a brief update of changes to LBTT for residential purchases in 2018/2019 however LBTT is a complicated matter and should you require to discuss further, please do not hesitate to contact our residential property team.