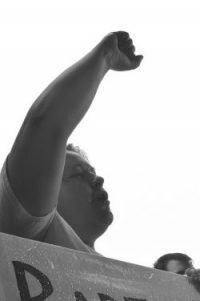 The TUA changes what can and what can?t be regarded as a successful ballot. At least 50% of eligible union members must vote in the ballot, therefore if a Union has 1000 eligible members 500 must vote.

In most cases a ballot vote passes if 50% of the voters are in favour of it. However the TUA changes this simple majority requirement when the ballot involves certain providers of public services, for example A&E staff, firefighters, teachers and some transport services. In these cases, at least 50% of eligible union members must vote, and the ballot needs the support of at least 40% of union members. So if the turnout is only 50% then 80% of those voting must vote in favour of the ballot.

Previously, when a ballot was passed unions typically had 4 weeks to call any industrial action. As long as the action was called within that time frame the Union could suspend industrial action and recall it at a later date, even if the 4 week period had passed.

The TUA increases the time limit unions have to call industrial action after a successful ballot from 4 weeks to 6 months (or a longer period of 9 months if agreed by employers). However, it has removed the ability for unions to suspend action and recall it after the initial time limit has passed. ?If an industrial dispute remains unresolved after 6 months, the union will need to get a new successful ballot in order to continue any industrial action.

In addition the minimum notice period a union must give before beginning industrial action has been increased from 7 days to 14.

The TUA introduces a requirement for pickets to have designated supervisors. ?This needs to be a Union Official or Member who is easily identifiable, is either at the picket or close-by, and is known to the police. If a supervisor is not appointed an employer can take legal action against the union

Unions can choose to put Members? subscription fees into their political funds. The Union uses these to donate to political parties and support causes. Previously TU members had to specifically opt-out of this system and say that they did not want their fees to go towards the union?s political fund. The TUA changes this position and makes the political fund system an ?opt-in? one.

Why are the changes important?

The TUA ushers in a more onerous regime for Trade Unions.

If you have any questions about how the Trade Union Act 2016 might affect you as an individual or as an employer please do not hesitate to get in touch with our employment team.