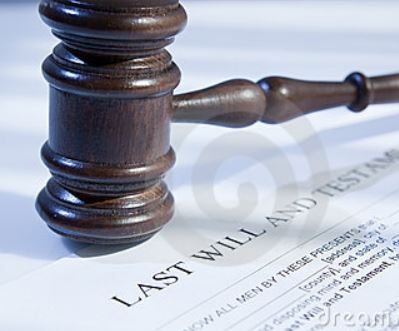 Quite often family members can be left disappointed with the terms of a Will. They may feel they have been unfairly left out of the will or that the deceased wishes are not correctly set out in the will perhaps even because of the influence of someone else.

There are certain circumstances in which the courts can be asked to reduce (cancel) a will.

A person signing a will must be capable of understanding that will. If they lack the capacity to do so, perhaps from dementia or another mental illness then the court could reduce the will. The existence of an illness such as dementia alone is not sufficient as often those suffering can still have capacity and fully understand the terms of their will and that it accurately reflects their wishes.

If a person has exerted influence on another to create a will then the courts could reduce that will. This can be a person in a position of trust abusing that trust to pressure a person into signing a will (usually in their favour). It must be shown that the person who created the will would not have done so without the influence placed on them

A will can be reduced by the court if the person who signed it was weaker, perhaps because of physical or mental health issues, even if they still have capacity but a person took advantage of that and influenced them to sign a will (again usually in their favour).

A will can be challenge if it has been fraudulently created or someone has benefitted in any way from a will as a result of fraud.

An action to reduce a will can be raised in your local Sheriff Court or in the Court of Session in Edinburgh. The effect of reduction is as if the will never existed. Either the will that was created by the deceased prior to the one that was reduced will take effect, or if no will, the rules of intestacy(where a person dies without a will) will take effect.

Our experienced court team can advise you if you believe that you have a ground to challenge a will. Click here to contact a member of the team.