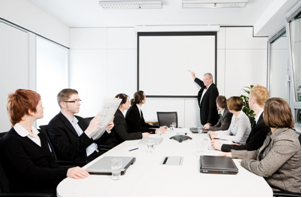 The Office of the Scottish Charity Regulator (OSCR) were made aware of reports in the press about an alleged high value severance package agreed by the charity trustees of Glasgow East Regeneration Agency for the charity's Chief Executive when he was made redundant. What are the duties of charity trustees in Scotland?

OSCR's regulatory functions are set out in the Charities and Trustee Investment (Scotland) Act 2005 (the Act) and include the requirements to encourage, facilitate and monitor compliance by charities and to identify and investigate apparent misconduct in the administration of charities.

The press reports raised a question for OSCR - had the charity trustees acted in the best interests of the charity? Subsequently an inquiry under Section 33 of the Act was begun.

In the course of the inquiry, it was noted that the charity trustees' understanding of their duties under section 66 of the Act required strengthening and recommendations were made that they undertake further training in their duties to ensure that the risk of similar misconduct would be minimised.

OSCR have since published a full report on the outcome and this can be read here.

A charity trustee must:

Important implications follow from these duties for charity trustees, both as individuals and as a group. OSCR has issued guidance in this connection which can be viewed here.

If you feel this may be something that you wish to discuss further please feel free to contact our charities team for any additional information.