Each year, we see a number of proposals which have an impact for employees and employers alike, and this year proves to be no different. We thought that it would useful to give you an employment law update.

While some of the changes are those which we see every year, there are some which will have a greater impact on organisations.

30 March 2018 was the date on which specified public authorities, including government departments, the armed forces, local authorities, the NHS and state schools with more than 250 employees were required to make their first gender pay gap reports. This report is based on data gathered on 31 March 2017. In addition, private and voluntary sector employers with at least 250 employees were required to publish their first gender pay gap report by 4 April 2018, based on data gathered on 5 April 2017. These reports showed that 78% of companies have a pay gap in favour of men and only 8% reporting no pay gap at all.

However, more than 1,500 firms failed to report on time who are now being investigated by the Equalities and Human Rights Commission. The companies that fail to comply may receive an unlimited fine.

As is the case every year, the National Minimum Wage and National Living Wage rates increased on the 1 April 2018. The changes to these rates are:

End to 'Fit for Work' assessment

The government announced in December last year that it would be scrapping the 'Fit for Work' scheme. This scheme was a free information service providing advice on health, work and managing sickness absence and a free occupational health assessment for employees who had reached or were going to reach 4 weeks' sickness absence. While the helpline, website and web chat service will still be available for employers, employees and GPs, from 31 May 2018 the assessment service will close in Scotland.

Taxation of "PILONs" and termination payments

From April there will be a change to the taxation of 'payment in lieu of notice' (PILON) payments, meaning that there will be no distinction between contractual and non-contractual payments, both now being subject to deductions for tax and NI. Previously, employees could receive a PILON free from tax and NI if their contract of employment did not make reference to the fact a payment could be made to them in lieu of them having to work their notice.

The GDPR applies to the UK from the 25 May 2018 and includes a number of changes, such as subject access request (SAR) where responses must be made within one month, instead of 40 days and the removal of the £10 fee which could be requested to carry out the SAR.

Our employment team will bring you any further changes or legal updates that may impact you over the coming year as and when they arise. Should you require any employment law advice please contact our team. 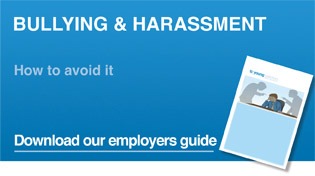