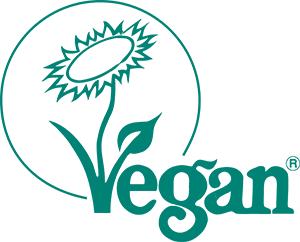 In the recent case of Casamitjana v League Against Cruel Sports an employment tribunal ruled that ethical veganism can be a philosophical belief worthy of protection under the Equality Act 2010.

It is well known that the Act (which protects against discrimination, harassment and victimisation) covers religion and religious beliefs. It is less well known that it can also extend to certain philosophical beliefs.

In concluding that the claimant's beliefs were worthy of protection the tribunal took into account his dedicated and strict adherence to the principles of ethical veganism. It was accepted that they had a significant impact on the manner in which he lives his life.

The tribunal also took into account the Vegan Society's definition of veganism which it describes as a philosophy and way of life which seeks to exclude, as far as possible and practical, all forms of exploitation and cruelty to animals for food, clothing or any other purpose. It also noted that, philosophically, the concept of veganism is rooted in the ancient concept of ahimsa ("not to injure"), an important tenet of a number of religions including Jainism, Hinduism and Buddhism.

The tribunal was therefore comfortably satisfied that the belief in ethical veganism was sufficiently cogent, important and serious to be considered a protected belief.

The tribunal will now go on to consider whether Mr Casamitjana's rights were in fact breached.

Does this mean all vegans are protected?

Firstly, this decision is not binding on other tribunals. In any future legal claim the tribunal must still assess the particular facts of each case, and hear evidence as to each claimant's beliefs.

Secondly, this decision relates to 'ethical' veganism. Adhered to a vegan diet simply because of a belief in the health benefits is highly unlikely to meet the relevant tests.

Notwithstanding that it does put employers on notice that the tribunals are likely to consider veganism a protected belief if it is genuinely held and a dedicated and principled way of life.

In the earlier case of Conisbee v Crossley Farms Ltd and Others ET/3335357/2018 an employment tribunal decided that being vegetarian was not a protected belief. Whilst it was accepted that the claimant himself had genuinely and strongly held beliefs, the concept of vegetarianism was considered more of a lifestyle choice. It is adopted by different people for a variety of reasons (e.g. lifestyle, health, diet, concern for animals etc.) and, accordingly, it did not have the required level of cogency or cohesion.

The decision in Conisbee is not binding and another tribunal may disagree, but the decision is well reasoned and gives an indication of the view that is likely to be taken by the tribunals.

What are the practical effects?

Employers should ensure that staff are not harassed or embarrassed because of their views, and be mindful of the needs of vegan employees. It is already common to see separate storage spaces in fridges and vegan food options in staff canteens or at functions. Expect to see more in the way of specific requests, for example for alternatives to cow's milk, hand-wash which has not been tested on animals, alternatives to leather workwear or seating, or for pension fund investments to meet certain ethical standards.

It will also be important for employers to ensure that it is not indirectly discriminating against vegan workers. This can occur when all employees are treated equally, but a particular practice or policy creates a disproportionate effect on vegan employees e.g. a mandatory uniform which includes leather shoes. In such situations employers should consider whether the practice or policy in question is proportionate and whether alternatives can reasonably be accommodated.

Recent studies suggest a large proportion of vegan employees complain of being harassed at work, and many say their employers do little to accommodate their beliefs. Given the high likelihood of protection under the Equality Act, employers should now be considering how they can both protect and accommodate affected employees.

If you would like any advice in relation to veganism in the workplace or discrimination law, please contact a member of our employment team.