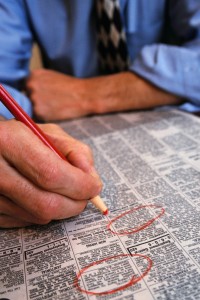 We are frequently asked to raise court actions against debtors whose whereabouts are unknown; would you know how to find a debtor then raise a court action?

In any court action, a summons needs to be served on a debtor. The whereabouts of a debtor may be unknown because:

Many creditors still wish an opportunity to recover the outstanding debt that is owed. The good news is that pursuing the debtor is still an option even in situations where their whereabouts are unknown.

Prior to raising a court action certain enquiries should be undertaken in an attempt to ascertain your debtor's present whereabouts. Unfortunately, it may not be enough to make enquiries yourself with neighbours at a previous address! Increasingly courts look for reports from tracing agents detailing any enquiries made. You can instruct trace reports through sheriff officers and there is a cost for these.

If a debtor is successfully traced, a court action can be raised and the relevant papers served upon them at their current address.

Unfortunately some debtors do manage to disappear successfully and not all traces will produce results. Nevertheless, you can still raise a court action in these circumstances in an attempt to recover the debt you are due.

How do you serve the summons?

Court rules allow newspaper advertisement or walls of court service to be carried out for individuals who cannot be traced but only where a Sheriff has authorised service by these means.