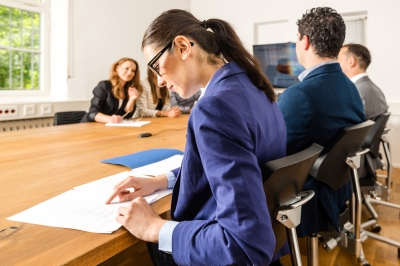 Are you aware of the issue of indirect discrimination in recruitment practices? In January 2012, the Northern Ireland Industrial Tribunal found in favour of a mum who had been discriminated against by not being shortlisted for a post because she did not have the required experience.

Although it's a decision from a different jurisdiction, it is a useful reminder that if organisations have strict experience requirements in place when it comes to shortlisting candidates, they should be mindful of indirect sex discrimination claims.

The employer argued that it needed to have someone in the job who could:

The Tribunal disagreed. The employer had a 2-month induction period that would have allowed Mrs Crilly to be brought up to speed with any new policies or action plans in the urban regeneration field with which she was not familiar.

Although having strict shortlisting requirements can be useful, especially where there are a large number of applications, in order to avoid discrimination claims organisations must ensure their policies don't discriminate against women because of childcare commitments.

If you would like to discuss your recruitment practices or would like advice on any aspect of employment law, please get in touch with our team.