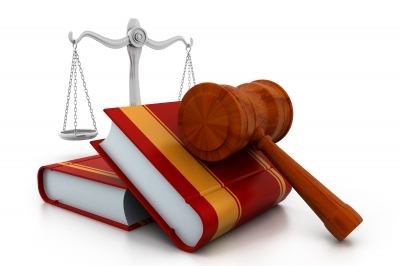 Earlier this month a Scottish letting agent pled guilty to an offence under the Consumer Protection from Unfair Trading Regulations 2008. What was perhaps surprising was that the 'offence' committed by the letting agents was the failure to lodge deposits with an approved tenancy deposit scheme on behalf one of their landlord clients.

In terms of the Tenancy Deposit Scheme (Scotland) Regulations 2011, a landlord has a duty to pay any deposit received from a tenant into an approved tenancy deposit scheme within 30 working days of the commencement of the tenancy to which the deposit relates. The regulations themselves provide a remedy if the deposit is not lodged. This remedy is at the instigation of the tenant themselves and is directed against the landlord. However, a large proportion of landlords employ letting agents to manage their properties for them and to ensure that they, and their properties, comply with current law and practice. We have become familiar with claims by tenants and former tenants against landlords for breaching this duty, even where landlords have employed professional agents. Apart from an awkward discussion with the landlord and at very least a contribution to costs and the penalty awarded against the landlords, agents have tended not to face any direct penalty themselves.

In a prosecution led by North Ayrshire Trading Standards driven by a complaint by the landlord client of a letting agent that has potentially changed. In what is understood to be the first investigation of its kind, the local authority?s Housing Department engaged with their local Trading Standards office who, in turn, were advised by specialist lawyers at the Competition and Marketing Authority in London on how to use and apply the UK-Wide consumer protection legislation.

Whilst the basis of the prosecution was the failure to lodge deposits on behalf of landlords the offence itself was under the Consumer Protection from Unfair Trading Regulations 2008 (CPRs). The CPRs prohibit what are called 'unfair commercial practices'. A commercial practice is described as being unfair if it 'contravenes the requirements of professional diligence and materially distorts or is likely to materially distort the economic behaviour of the average consumer'. Professional diligence being the standard of special skill and care which a trader may reasonably be expected to exercise towards consumers which is commensurate with either:

Under Regulation 8 the offence of 'knowingly or recklessly' engaging in a commercial practice which contravenes the requirements of professional diligence is created.

The approach adopted by Trading Standards was that the agent in question knew about the requirement to pay deposit money into an approved tenancy deposit scheme but had not done so. That paying money into an approved scheme on behalf of their landlord clients was a requirement of 'professional diligence' in that particular instance and a failure to do so was a breach of that duty and therefore a criminal offence. Whilst there was an attempt by the agents to argue that the landlord was not a 'consumer' for the purpose of the CPRs, this was rejected by the court and led to the agents pleading guilty to the offence.

What is interesting is that, whilst this case related to the failure to pay a deposit into an approved scheme, the application of CPRs is not limited to deposits and it is understood that Trading Standards are looking at applying the same approach to other breaches of what they view as 'honest market practice' or 'good faith' in the private rented sector. For example, the continued charging of premiums by some lettings agents (which is a criminal offence in itself) and potentially the failure to advise on basic safety requirements for private tenancies such as gas or electrical safety.

It is also understood that other local authority trading standards offices have been in contact with North Ayrshire Trading Standards to gain the knowledge and understand of the process they went through to obtain the conviction. At the time of writing, it was suggested that approximately 6 such trading standards offices have sought advice from North Ayrshire to gain knowledge and understanding to utilise in their own local authority area. Indeed, the suggestion was that more prosecutions, not just for deposit failures, are in the pipeline.

Whilst the fine in this particular case was relatively modest at £500 and arguably not much of a deterrent, what is perhaps more significant is how such a conviction may affect a letting agents ability to pass the 'fit and proper' test (albeit breaches of consumer protection law are not one of the factors listed in the considerations for the test). Compliance with Consumer Protection legislation is a requirement of the Letting Agent Code of Practice which, as part of letting agent registration, will come into force on 31st January 2018. Any breach of that Code of Practice will be sufficient to remove an agent's registration and therefore their ability to trade at all.

Most professional agents play by the rules and do their best to ensure high standards in the Private Rented Sector in Scotland, but there is a small minority of agents who do not comply with the most basic of requirements. Many professional trade organisations have been calling for letting agent regulation for years and are happy with the introduction of such regulation for Scotland. That said, the concern for the vast majority of good agents who have high practice standards has always been whether the rules will be enforced against those who flout them and therefore gain a competitive advantage. All they have called for is a 'level playing field'. Emanating from a local initiative with no direction or extra funding from the Scottish Government is this the start of proper enforcement or will this be the exception rather than the rule?

With all this in mind, it makes it vital for lettings agents to ensure that their terms of business are as clear as possible to make sure that there is no doubt what services they provide and more importantly what they will not do for their clients. For more information or advice, contact our private rented sector team.