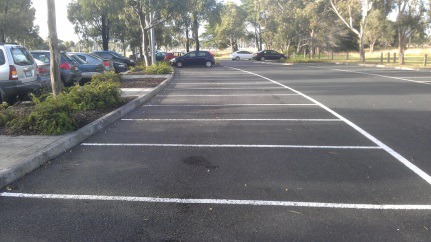 The majority of their Lordships when considering the facts in the Moncrieff case thought that car parking could exist as a servitude on its own. This theorising has now been decided in the case of Thomas and Thomas -v- Smith. In this case an area of land owned by Johnson, the Pursuer, was used for parking showmen's caravans. The Defender's land, a long narrow empty strip lay immediately adjacent to this parking area. Johnson had used the narrow strip as additional parking for all kinds of vehicles for many years including articulated lorries and arcade amusement rides and equipment. Johnson claimed that a servitude right of parking had been established.

The Sheriff in this case made reference to the comments made by their Lordships in the Moncrieff case deeming that it was "but a short skip in logic to conclude, by analogy with the ancillary right recognised in that case, that an independent free standing servitude right is at least, similar in nature thereto". By dint of this a new servitude, that of parking, has been included in the recognised and known servitudes list established in Scots Law.

The Sheriff in this case also considered whether the particular right being claimed by Johnson could be deemed to be so onerous as to be unacceptable. It is accepted that a servitude will by its existence restrict the rights of the proprietor. However, such a restriction cannot be so much of an imposition as to remove all or most rights of the landowner.

A servitude has to be something in its own right and not mutate to become a lease or licence. One of the key characteristics of a servitude is that of non-exclusive use. This means a servitude cannot involve 100% occupation of an area of ground. As with most general rules application of this principal turns on the particular facts and circumstances of each case. When determining parking there are a number of anomalies as the presence of a vehicle can blight a plot and significantly fetter its availability for other uses.

In the case Nationwide Building Society -v- Walter D Allan, the right to park two vehicles in an area large enough to accommodate six was held to be repugnant with ownership. The servitude sought by Johnson was seemingly as intrusive a right as any parking servitude could be. It was not limited by number or nature of vehicles or the times at which it could be exercised.

The Sheriff followed Moncrieff -v- Jamieson and found in favour of Johnson. He declared that as long as the owner of the land is left with something the repugnancy principle is not breached. On this basis, owners need to be careful about what they permit to happen on land in their ownership.

For more information or advice, contact our experienced team.