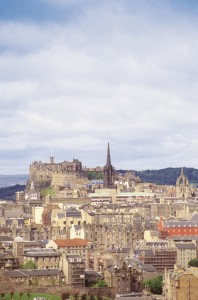 Landlords are increasingly turning to the internet to conduct their letting business. A major part of that is the issue of signing tenancy agreements online. Most landlords would be keen to have this option particularly if there is no face to face contact between landlord and tenant. However, the law in Scotland has not quite caught up with the rest of the world and as such there is some doubt whether tenancy agreements signed online are legal.

In Scotland, tenancy agreements require to be 'self-proving'. This means the landlord and tenant must sign the agreement in the presence of a witness, (who also provides a signature). It is this requirement that throws up difficulties for e-signatures as it is felt they cannot have self-proving status as a third party can't witness and authenticate the signatures.

However, there is hope on the horizon. Forthcoming regulations in Scotland suggest that advanced e-signatures capable of identifying the signatories and providing certification by a third party will be sufficient to satisfy the legal requirement. However, landlords must be careful when taking advantage of online signing not all e-signatures will be legally acceptable.

Furthermore, the Regulations indicate that if e-signatures are going to be used, they must be used by both parties who will need to sign the same electronic copy of the agreement. In short, parties must either use wholly electronic means of concluding agreements or maintain the 'traditional' paper and ink procedure. The new regulations don't appear to make provision for the mixing of the two forms but instead maintains a sharp distinction between them.

It is not yet known when the new laws will come into force. Also, it is not clear that when they do come into force how the actual practice of signing tenancy agreements electronically will evolve under them. Therefore, for the time being and until the new regulations come into force, the safest option for landlords would be to stick to paper and ink and wait until the details of the future reform and the associated risks for landlords are known.

It should be noted that the law as stated above applies solely to tenancy agreements it may be possible for a landlord to exchange other tenancy documentation online, for example inventory paperwork.

If you would like legal advice regarding signing tenancy agreements online or any other aspect of letting a property, get in touch. 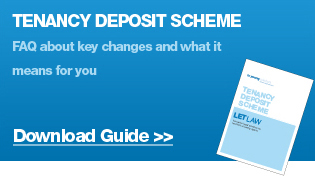