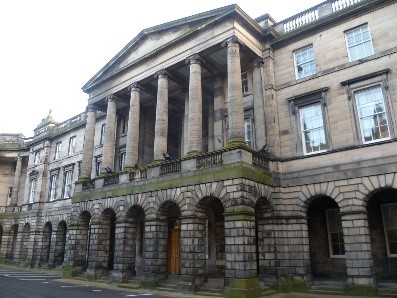 The practice of serving Notices to Quit by sheriff officers has recently been considered by the Upper Tribunal (UT). In a decision which will be of interest to private landlords and letting agents in Scotland the UT held it is competent for a sheriff officer to serve a notice to quit.

In 2019, Mr Henderson raised eviction proceedings in the First-tier Tribunal (FTT). The action was based on rent arrears.  An Eviction Order was granted by the FTT in October 2019. The tenant sought to appeal the order on the basis that sheriff officers had no authority to serve the notice to quit on him which founded the basis for recovery proceedings.

Permission to appeal was granted by the UT taking into account the general importance of the legal question raised if the tenant’s position was held to be correct.

The appeal focussed on what, if any, legal authority sheriff officers have to serve such notices. Having considered detailed written representations from legal representatives of the tenant, landlord and the Society of Messengers at Arms and Sheriff Officers, the UT ultimately agreed with the submissions made on behalf of the landlord. The UT held that sheriff officers derive their authority from Rule 14 (1)(c) of the Act of Sederunt (Messengers-at-Arms and Sheriff Officers Rules) 1991 which permits them to ‘execute a citation or serve any document required under any legal process’.  As an officer of Court, sheriff officers are also officers of the Tribunal.  Furthermore, the wording of Rule 14 which is broad and unqualified in its terms, should be given their ordinary meaning. The UT held a notice to quit was a pre-litigation notice and a document required under a legal process.

It followed that service of the Notice to Quit was competent, the tenancy had been validly terminated and the FTT were entitled to grant the eviction order. As such, the Appeal was refused.

Since 1st December 2017, most residential properties let to private individuals will be by virtue of private residential tenancies under the Private Housing (Tenancies)(Scotland) Act 2016. Service of notices in these tenancies by sheriff officers is permitted by other legislative rules.   However, there remain many assured and short assured tenancies throughout the country which have existed since before that date. The UT decision give useful clarity that sheriff officers can competently serve a notice to quit to terminate assured and short assured tenancies under their authority as officers of the Tribunal.

For more information or advice, get in touch with our private rented sector team.