Grant Knight is acknowledged as one of Edinburgh’s leading Family Law practitioners, having joined TC Young in its merger with Wilson Terris in 2014.

Grant is accredited by the Law Society of Scotland as a specialist in Family Law, and is a member of the Family Law Association.

He has over 30 years of civil court experience, practising principally in the Sheriff Court and is also regularly instructed in Court of Session actions.

Grant has extensive experience of dealing with complex financial issues arising on divorce, and frequently advises on difficult child law issues, including relocation cases. He is known and respected for his “no nonsense” approach to cases, and his advice and representation is often sought by both colleagues and other members of the legal profession.

He has been a Child Welfare Reporter since 1989 and is frequently appointed by the Court in contentious cases in which the welfare of a child or children is being considered. Grant is also part-time Convenor of the Mental Health Tribunal for Scotland. 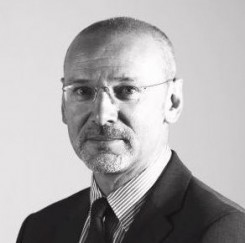 Just want to say a big thank you as you always seem to do extra for me. I really do appreciate your help over the years Grant – best lawyer in town.

Legal Services for You and Your Family