Len Freedman joined TC Young as a consultant in April 2013. His experience in social housing is recognised by Chambers Legal Guide where he is highlighted as a Senior Statesperson and he is one of only two solicitors (the other being Andrew Cowan) included in the Legal 500 Hall of Fame in respect of social housing.

Len has over 25 years’ experience in acting for both funders and Registered Social Landlords (RSLs) in credit facility and bond financing agreements and led the team, comprising of several professors of Land Law in making representations to the Scottish Government that resulted in legislation enabling Scottish RSLs and their subsidiaries significantly greater access to long term funding arrangements. Also advises on a wide range of governance and other issues including corporate set-up, constitutional partnerships, joint ventures and restructurings.

Len was, for several years, lead solicitor for all of Scottish Government’s shared equity schemes and drafted all its allied legal documentation and Guidance. He was also, along with Counsel, instrumental in highlighting issues that arose when applying consumer credit legislation to shared equity resulting in changes to financial services law in this area.

He was also Secretary of the UK wide Mining and Mineral Law Group and was lead legal adviser to the consortium that acquired the Scottish coalfields from British Coal and has wide experience in equity as well as loan funding.

He was actively involved in many of the Scottish Homes and the majority of the Local Authority transfers where he led teams acting for RSLs, funders, local authorities, and Scottish Homes in the transfer of approximately 120,000 houses to the RSL Sector as well as the setting up of many housing associations and drafting the Scottish Government Guidance and much of the template documentation in that area. 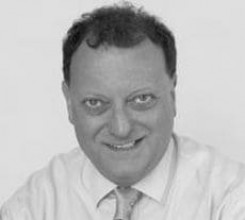 Len is forensic in his approach to client work, searingly bright and impressively tenacious. His unparalleled knowledge of the intricacies of the law and his tenacity pursuing them is invaluable to us as clients and other clients he serves.