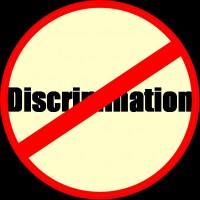 Her step-daughter Kim Kardashian had hoped to be the one to break the internet? but Caitlyn Jenner's well-publicised photo shoot with Vanity Fair magazine, her first magazine shoot as a woman, allowed her to trump her famous offspring for that title. Are there implications of employment issues with gender reassignment?

The great news following this article, was the outpouring of public support for Jenner and her family. We look at the employment law implications for employers of individuals going through gender reassignment, as well for individuals themselves who may be struggling at work as a result of this.

Gender reassignment is a process by which a person's gender presentation is changed. The relevant legislation in the UK is the Equality Act 2010, which makes it unlawful for an employer to discriminate against employees because of gender reassignment.

There are four types of discrimination under this legislation:

Employers can support transgender people at work through good communication ensuring that there are clear equality policies in place to support any member of staff undergoing treatment as well as discussing how the member of staff would prefer information about their transition to be communicated, if at all.

Furthermore, personnel records will need to be updated to reflect the change in name and gender. Previous personal records should only be retained if necessary.

Any employees going through a gender reassignment should ensure they have a list of people they wish to be informed and whether you would like to do this personally or have HR do this, and let their employer know about any medical appointments and when you will need to take time off. Finally, you will want to make sure that everything is changed to show your new identity and should speak with HR about how this will be managed.

If you have any questions about employment issues, please get in touch with a member of the employment team.