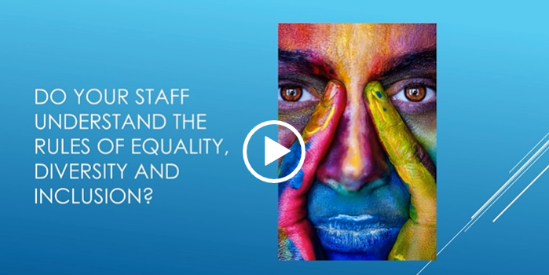 However, a recent case of Allay (UK) Ltd v Gehlen, the EAT has held that an employment tribunal was entitled to reject an employer’s ‘reasonable steps’ defence to a claim of racial harassment. Although the perpetrator of the harassment and three other employees who were aware of it had received equality and diversity training around two years earlier, it had become ‘stale’ and ineffective, and it would have been a further reasonable step to give refresher training.

Mr Gehlen, who described himself as being ‘of Indian origin’, commenced employment with Allay on 3 October 2016. After his dismissal on 15 September 2017 for performance-related reasons, G complained that he had been subjected to harassment related to race by a fellow employee, P. An investigation established that P had made racist comments and he was ordered to undertake further equality and diversity training. G brought claims against A (UK) Ltd, including a claim of harassment. A (UK) Ltd sought to rely on the ‘reasonable steps’ defence under S.109(4) of Equality Act 2010, which provides that it is a defence for the employer to show that it took ‘all reasonable steps’ to prevent employees from either committing a particular discriminatory act or committing such acts in general. The tribunal rejected A (UK) Ltd’s reasonable steps defence and upheld the complaint of harassment. It accepted that employees had received training that covered harassment related to race but noted that the training had been delivered in early 2015 and was ‘clearly stale’. It found that A (UK) Ltd had not taken all reasonable steps to avoid discrimination; a reasonable step would have been to provide refresher training.

The Company appealed to the EAT and the EAT dismissed the appeal. It rejected A (UK) Ltd’s argument that effectiveness is irrelevant to the question of what is a reasonable step. In considering the reasonableness of the steps an employer has taken, it is not sufficient merely to ask whether there has been training. Consideration has to be given to the nature of the training and the extent to which it was likely to be effective. The tribunal concluded that the training that A (UK) Ltd’s employees had received was stale. This conclusion was not based merely on the fact that P had made racist comments. The tribunal also found that a colleague who had heard P make a racist comment did not report it and two managers who had been informed about the racist remarks did not take any action either. That was sufficient evidence for the tribunal to conclude that whatever training there had been, it was no longer effective. The fact that P thought that what he was doing was no more than ‘banter’ was further evidence that the training had faded from his memory. The tribunal was also entitled to conclude that the fact that managers did not know what to do when they observed harassment, or when it was reported to them, suggested that the training had also faded from their memories. There was nothing to suggest that further training of a good standard would not have been effective. As such, A (UK) Ltd could not rely on the S.109(4) defence.

This is a really interesting decision for employers who will seek to rely on such a defence. As with all policies or training, it is not enough to simply have them in a drawer and not update them, or in the case of training, do it once and think that’s a box ticked. Ensuring that staff have regular training on equalities and diversity, possibly as part of an annual training programme, will ensure that staff have a key understanding of this legislation, and also provide the employer with the reasonable steps defence.

We provide an online equality, diversity and inclusion training programme, which can be used on its own, or alongside internal training. Please contact a member of our team to discuss further.