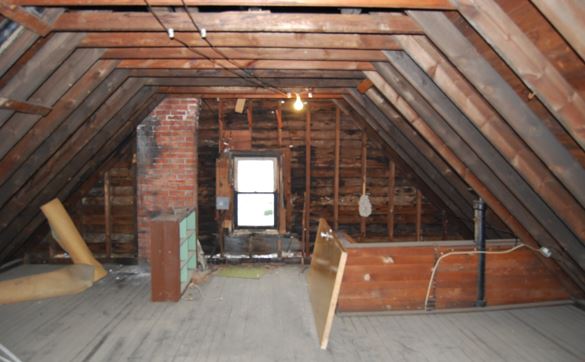 Who legally owns the attic space in Scottish Tenements? The ownership and maintenance of the attic space and roof of a tenement block can cause significant confusion for flat owners. Despite statements to the contrary, the legal position relating to these parts of the tenement has not been altered significantly following the enactment of the Tenements (Scotland) Act 2004.

The key starting point when seeking to determine ownership of the "common parts" of a tenement will be to consult the title deeds for all flats within the block. If the titles expressly set out the ownership of the common parts, including the attic space and roof, then that position will prevail. If, however, the titles provisions are contradictory or lacking in detail the position as set out within the Tenement Management Scheme of the 2004 Act (TMS) will "step in" to fill in any gaps where the titles are deficient.

Where title deeds do not specify who owns the attic space or roof of a tenement, these will fall within the ownership of the top floor proprietor. This was the position historically under the common law and it remains the same under the 2004 Act.

Your first port of call when seeking to determine the maintenance and repair of the roof and attic space will be to consult the title deeds and, if these are silent, the TMS. The TMS apportions maintenance of the roof between all proprietors, even if it is solely owned by the top floor owner, but the attic space will be maintained by the proprietor (or proprietors) who has ownership of that part of the tenement.

All this can lead to the rather strange position of a top floor proprietor owning the attic space (and, therefore, being entitled to carry out an extension into the loft) but not being permitted to alter the roof, perhaps by adding velux windows or skylights, without the consent of the other proprietors in the stair as it is owned in common. Whilst the roof must be maintained jointly if the terms of the TMS apply, there is no obligation for proprietors to join with a top floor owner if they wish to make improvements.

Interpreting title deeds and the 2004 Act can be complex, so if you are looking for advice about who legally owns the attic space in Scottish tenements, our property department would be delighted to help.