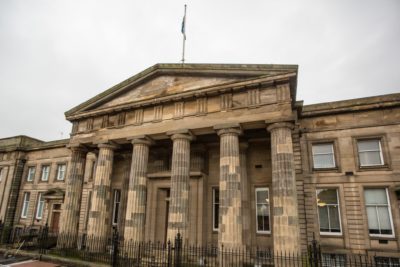 The Herald reported earlier this month that domestic abuse charges reported by the police to Scottish prosecutors, which include attempted rape and serious assault, have hit a five year high. Lockdown was described by Scotland’s Law Officer, Advocate Depute Dorothy Bain QC as having a “devastating impact” for domestic abuse victims.

When there is a prosecution for an offence of domestic abuse there are often protective bail conditions put in place. It is important to be aware that there are also a number of remedies available through the civil court. In Scotland prosecutions are controlled by the Procurator Fiscal Service. Organisations such as ASSIST carry out important work in keeping victims advised in relation to criminal matters, but not all victims of domestic abuse are aware of when bail conditions are dropped, or varied. The protection available from the civil court can provide victims of domestic abuse with greater reassurance that there are measures in place over which they have control, and a clear understanding of how long the protective orders granted will last.

• non-molestation interdict – this prohibits conduct such as verbal abuse, threats, and physical abuse. Interdicts can be granted by the court on an emergency (interim) basis before the papers are served on the other party. Following service of proceedings, usually by Sheriff Officers, the court can be asked to attach a power of arrest to an interdict. This gives a victim of abuse a greater degree of protection if the interdict is breached as an arrest will automatically be made.

The remedy of interdict can also be used to prohibit an individual from being in a particular place, such as in the vicinity of the victim’s home.

• non-harassment order – this can be appropriate if another person’s conduct is causing distress and alarm. This order is often used to prevent the sending of messages (e-mails, texts, Facebook messages etc).

• exclusion order - suspends the right of a married person, civil partner or cohabitee to live in the family home.

These protective orders from the civil court can be granted in most circumstance without the victim requiring to go to court.

Legal aid is available for cases involving domestic abuse. Emergency legal aid cover can be obtained at an early stage so that the appropriate remedies can be applied for without delay.

Our experienced family solicitors can provide more information on protective orders and legal aid. Lynne Collingham, an accredited specialist in Family and Child Law, has thirty years’ experience of dealing with domestic abuse cases and can be contacted by e-mail – lyc@tcyoung.co.uk or by calling 0141 225 2576.