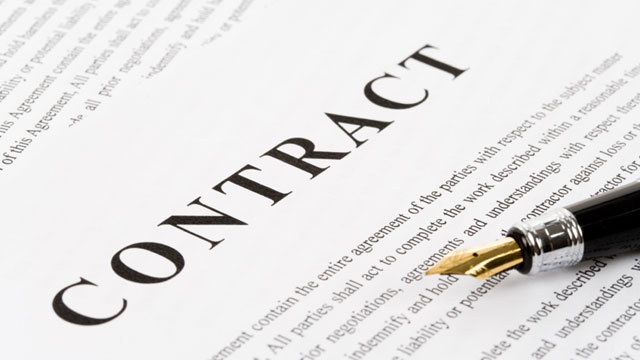 Limitation of liability clauses are often found in the standard terms of supply contracts, and commonly provide that, should an issue arise, the liability of the supplier is limited to the contract price or some other fixed sum.

The recent case of Benkert UK Limited v Paint Dispensing Limited [2022] CSOH 17 provides a helpful illustration and summary of how the courts will determine the enforceability of such a clause, if challenged.

A fire broke out at Benkert’s factory, causing losses of £29.6 million. Benkert alleged that the supplier, with whom they had a contract to supply and maintain certain machinery, was responsible. The supplier denied it was at fault, but also sought to rely upon the terms of the contract which provided that, even if it were liable, losses would be limited to the amount of the annual maintenance charge, in this case £3,225.

The case was heard in the Scottish courts, but the contract itself was subject to English Law. The court highlighted that when considering the enforceability of such clauses there are commonly two key issues:

Incorporation into the contract

If a term is particularly unusual or onerous the courts will wish to be satisfied that it has been sufficiently brought to the attention of the other party before holding that it has been incorporated into the contract.

A recent example of successful challenge involved a term which, rather than being stated within the contract actually signed, was hidden within another document referred to in the contract terms which the other party could not reasonably be expected to discover. Other examples include where the terms and conditions were unhelpfully presented in such a way that the onerous clause was buried within numerous, closely-typed paragraphs, or where an offending clause was cunningly hidden within what was described as a ‘dense thicket’ of terms and conditions.

In Benkert the parties made no argument about incorporation, but helpfully the court considered the point, stating that “as the case law demonstrates, clauses limiting a supplier’s liability to the contract price are not regarded by the courts as especially onerous or unusual. In any event, the clause was given sufficient prominence in the maintenance agreement which in effect ran to only six pages of normally sized and spaced print plus a short schedule, and in which [the limitation clause] was prefaced by a warning in underlined capital letters.”

In the supplier’s contract the limitation clause was prefaced as follows: “THE CUSTOMER’S ATTENTION IS SPECIFICALLY DRAWN TO THE PROVISIONS SET OUT BELOW”. Accordingly, the court had no hesitation in stating that, if asked, it would have determined the clause was validly incorporated.

The court in Benkert set out various factors which may be taken into account when considering the reasonableness of a particular clause, explaining that the court must “entertain a whole range of considerations, put them in the scales on one side or the other, and decide on which side the balance comes down”.

Factors to be considered may commonly include:

In addition to concluding that the clause had been fairly brought to Benkert’s attention, the court found there to be an equality of bargaining power between the parties, and that Benkert could have adopted other means of maintaining their machinery (for example, most of the supplier’s clients maintained the machinery themselves). Whist noting that no attempt had been made to negotiate the clause in question, the court considered it was doubtful the supplier would have removed or amended it given it would have left them exposed to (from its point of view) unquantifiable losses. Of the two parties, Benkert were in the better position to assess (and therefore insure) potential losses following damage to its factory and any resulting business interruption. In the circumstances it would have been reasonable for a supplier to, in essence, say “we will not accept liability for losses which are impossible for us to quantify; it is up to you to make whatever insurance arrangements you think necessary”.

The court was accordingly satisfied that, on balance, the clause was fair and held that any losses would be limited to £3,225 in accordance with the contract.

Whilst this case gives some optimism to those seeking to rely on these clauses, it should also serve as a warning to those who fail to pay close attention to the small print.

Those wishing to rely on limitation clauses may wish to ensure they are drafted in clear and concise language, using reasonably sized and spaced font. The clause should also be readily accessible to the other party, with consideration given to enhancing its prominence (whether by bold, underline or use of capitals, or with a specific warning similar to that in Benkert). If contained within a lengthy document or series of documents, some other form of ‘signposting’ may be helpful, for example referring to the clause in a covering email or within an order form.

At the outset of the relationship the parties will also wish to ensure they have adequate insurance in place, taking into account both the terms of any such clause and the possibility that it may or may not be enforceable if challenged.

For more information or advice, get in touch with our team.