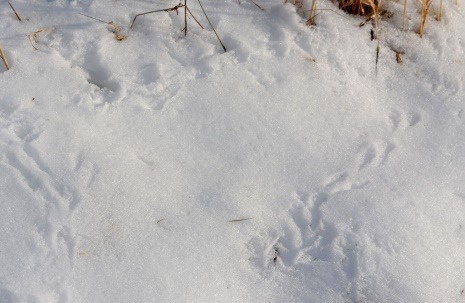 The Occupiers Liability (Scotland) Act 1960 has given rise to a raft of case law over the past few years. In essence, it sets out the level of care required to be demonstrated by the legal entity who occupies or controls land or premises to any third party who may access such land or premises. This requires the occupier to assess the dangers which exist given the location of such land or premises and to highlight or mitigate any wants and defects which are present.

The first thing to establish is who is the occupier for any land or premises. The test is who controls such an area. Better questions to ask are which party has the ability and indeed responsibility for effecting repairs and managing the state of condition, and who controls who has access to any given area. The answer depends on the facts and circumstances in each case as an occupier might be the owner, a tenant or indeed a landlord.

Having established who the occupier is, the next matter to establish is what level of care is required. The Statute narrates that the level of care in all the circumstances is that which "is reasonable to see that (a third party entering onto the premises) will not suffer injury or damage". This includes the occupier making an assessment regarding the current state of repair and condition of the land or premises; its layout and any natural or man made hazards which exist.

Having made such an assessment the occupier must then decide what, if any, action needs to be taken to protect any third party who has access to such land or premises. Again, what is reasonable will depend on the facts and circumstances in each instance but the general test has to be what an ordinary member of the general public would have considered to be reasonable actions. There is a foreseeability test which is applied. If it is reasonably foreseeable that a certain danger to third parties exists then the occupier will owe a duty of care in respect of this. To mitigate any danger an occupier should take appropriate measures for example, putting up fencing, closing off hazards, erecting signage to draw attention to any potential hazard and to regularly inspect the land or premises to ensure there is no adverse change to its state of repair and condition.

To illustrate the above, we highlight the outcome of the case Wilkinson v Hjaltland Housing Association Limited (2015 G.W.D). In this case the Housing Association was found liable for the injuries suffered by a care worker, employed by a third party, after she stepped into a hole left by the removal of a damaged water feature during a snow storm where the locus of the hole was masked by the storm. The Housing Association had noted the deficiency and had instructed repairs.

What they failed to do was actively monitor the situation. They had made no effort to verify the works had been done, nor to check the contractors had erected a sign to warn of the existence of the hole nor any barrier to cordon of the hazardous areas. The court determined the Association occupiers of the land, and as such had a duty of care to those entering upon same. It was deemed reasonably foreseeable that the hole would not be obvious in adverse weather conditions. The Housing Association were not entitled to rely up the actions of independent contractors and should themselves have taken safety precautions.

The findings in this case in relation to occupiers liability provide a salutary lesson to those controlling land.

For more information or advice, contact one of our experienced team.