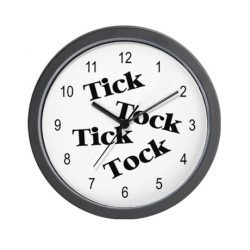 In Scotland, prescription is the law that regulates the period in which parties can pursue claims. If I was raising a court action - how long have I got?

Most claims in law prescribe after five years, which means that a party wishing to make a claim after that five year period may be prohibited from successfully raising that claim.

There are certain other categories of claim to which specific periods apply, such as product liability, defamation and harassment.

The purpose of allowing this period of time is:

The prescriptive period typically runs from the day on which loss, injury or damage giving rise to the claim first occurred.

But what happens if the loss if not discovered for a period of time? The decision of the Supreme Courtin David T Morrison & Co Limited v ICL Plastics [2014] UKSC48 confirmed that the prescriptive period runs from the date that the pursuer became aware or could with reasonable diligence have become aware of having sustained a loss - irrespective of whether they were aware of any fault or negligence.

It is important that prospective litigants proceed with any litigation under caution of the rules of prescription. Raising an action which is deemed to have already prescribed could have a significant impact on a party pursuing an action as they may found liable to meet the defender's expenses in defending the court action.

If you would like further advice please do not hesitate to contact our team who would be happy to assist.