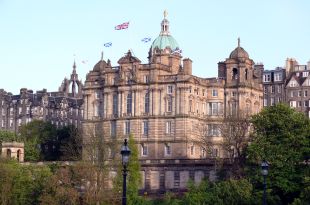 Despite curfews and closures, 2020 was a busy year for licensing lawyers due to the ever changing nature of restrictions introduced to combat the Coronavirus pandemic. In February 2021, the Scottish Government  withdrew the Licensing Order in relation to short-term lets from the Scottish Parliament to allow guidance to be drafted. That has now been published and the revised Civic Government (Scotland) Act 1982 (Licensing of Short-term Lets) Order 2021 (‘Licensing Order’) has been open to consultation throughout the summer. The consultation period closed on 13 August and the Order will be laid before the Scottish Parliament in September 2021. Upon approval, it will come into force on 1st January 2022 and will introduce a new licensing scheme for short-term lets which may impact many private landlords.

The proposed legislation aims to regulate the short-term letting sector by introducing a national licensing scheme to be operated by local authorities. Additionally, local authorities will have powers to require planning permission for the change of use of a long term residence to short term/holiday let in certain control areas or ‘hot spots’.

Under the new scheme, local authorities will have until 1 October 2022 to establish a scheme and open it for applications. Those currently operating short term lets will have until 1 April 2023 to apply to the local authority(ies) for a licence, and all short-term lets must be licensed by 1 April 2024. The application process will involve a ‘fit and proper person’ test as well as compliance with safety standards and licensing conditions.

Licence holders must comply with certain mandatory conditions which will apply for all short-term lets across Scotland. Local authorities may also attach additional conditions to a licence. The Scottish Government have previously commented the mandatory conditions reflect what is already best practice, so should not be considered onerous for applicants.

Although much media attention has focused on ‘Airbnb’ style lets, the scheme will also apply to more traditional B & B arrangements. Licences will be granted for an initial period up to a maximum three years and will be issued per property, not per landlord. Renewed licences can be granted for periods exceeding three years and fees will be determined by the each local authority.

Notably the draft legislation proposes that neighbours within 20 metres of premises for which an application is made will be notified by the local authority and given the opportunity to raise any objections they may have. This may be by letter or notice but will likely lead to a significant number of notifications being administered especially in city centre locations. Perhaps of wider concern for landlords of these properties, the legislation will introduce an ‘overprovsion’ ground whereby a licence can be refused if there are too many already operating in that particular area.