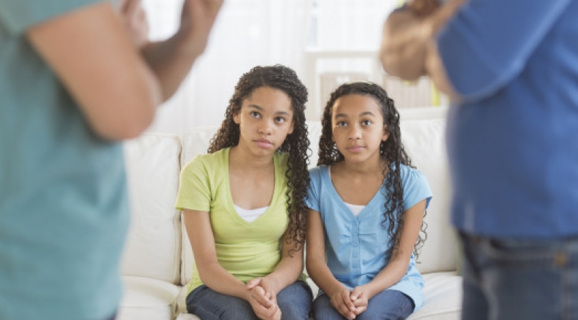 An announcement was made on 1 October 2021 that child witnesses in criminal court cases would be able to give evidence in pre-recorded interviews, under a new scheme announced by the Scottish Government.  In criminal cases the intention is that Police Officers and Social Workers will be able at an early stage to interview children involved in criminal trials at the High Court, to reduce distress in court when recounting experiences.

The Justice Secretary commented that the aim is to gather “the child’s best evidence at the earliest opportunity” in a less stressful environment.

Prior to the announcement of this change in criminal cases, joint interviews were already used routinely in Children’s Hearings proceedings.

Children often become involved in family cases, as the Children (Scotland) Act 1995 provides that when any major decision is being taken in relation to parental rights or responsibilities, the court must have regard to the views of the child concerned, if the child wishes to express them.

How then are the views of children taken in family cases, and at what age is a child’s views sought?

The present position is regulated by the Children (Scotland) Act 1995.  It says “A child of 12 years or more is presumed to have sufficient maturity to express a view in relation to court proceedings”.

The views of a child under 12 can however be important, if the child wants to express a view, in which case the child’s views may be relevant, but the court will also take account of “the child’s age and maturity”.

Presently there are various ways in which a child’s views can be taken:

The Children (Scotland) Act 2020, not fully in force but coming soon, removes the current presumption that only children aged 12 and over are mature enough to have their views heard in court.

The Act does not change the ways in which children’s views may be taken but an important new rule is that when an order is made relating to a child, the court must ensure that the decision is explained to the child in a way that the child can understand.

The Form F9 that is issued to children in disputed cases of residence and contact has to be approved by the Sheriff before it is sent out to the child.  The Form F9 can be completed by the child with assistance from a teacher or another adult trusted by the child, which can be helpful if there is any suggestion that the child might be influenced by the views of either parent.  The Form F9 is sent by the child directly to the court, and it is a matter for the Sheriff whether to disclose the content of the F9 to the parties to the action or not.

Child Welfare Reporters generally meet with a child at home or at school (sometimes both) with the views of the child then being put into a report submitted to the court.  The rules relating to appointment and training of Child Welfare Reporters are radically overhauled in the new Children (Scotland) Act 2020.  Click here for our separate blog giving more information about this.

Parents commonly ask at what age a child can instruct his/her own Solicitor. Presently the presumption remains that a child aged 12 or over has sufficient maturity and understanding to instruct a Solicitor to act on their behalf.  In practical terms however if a child of a younger age has the required maturity this does not rule out that child being able to consult with a Solicitor.

If the court considers that it would be appropriate to do so, a Curator can be appointed to safeguard the interests of a child in contested family proceedings.  The Curator’s role is different to that of a Solicitor instructed by a child.  The Curator does not take instructions from the child but does consult with and meet the child, and at all times represents the child’s interests.

The courts will make decisions about where a child lives, and how much contact a child has with the parent with whom the child does not reside.  The Form F9 focuses upon these issues.  The voice of the child is important, but account also has to be taken of the fact that it can place a tremendous burden on a child to be asked to choose between his or her parents.

Children often tell Child Welfare Reporters that what they want is for mum and dad to stop fighting, to stop saying bad things about the other and to stop making the child feel guilty about wanting to be with the other parent.  Mediation can be a very helpful form of alternative dispute resolution.  For more information about mediation click here.

If you are involved in a dispute about the welfare of a child or would like to know more about the topics covered in this blog, Lynne Collingham, accredited by the Law Society of Scotland as a specialist in child law, can be contacted by email lyc@tcyoung.co.uk or by telephone 0141 225 2576.