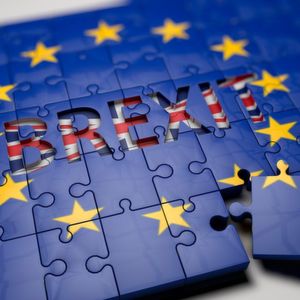 On Friday the 24th June 2016 the country woke up to the news that the majority of voters in the United Kingdom had voted to leave the European Union. Whilst the implications of this referendum will be far reaching, the question on a number of people?s lips is how will Brexit affect employment law?

The UK will continue to remain a member of the EU until there is agreement on when we will leave. However, there are a number of employment issues that are likely to be affected when we do leave the EU. At this stage a lot of it is guess work but it is important for workers and employers to consider what the implications might be.

Whilst the Leave campaign wanted the process to take around 2 years, the remaining Member States of the EU have indicated that things should happen much quicker than that. The UK will need to negotiate new trading relationship with the remaining member organisations in order to allow British firms to sell goods and services to EU countries without being hit by excessive tariffs and other restrictions. Depending of the model which is chosen the UK might remain bound by some of the European employment laws as the EU would not enter into trade agreements if we were able to undercut them due to less onerous employment terms.

A lot of the employment laws which exist in the UK exist regardless of our membership of the EU. However some of the more controversial requirements (from an employer?s perspective) may change. For example the obligation to collectively consult where 20 or more redundancies are proposed stems from an EU Directive. This is an unpopular requirement for employers and it might be that this will be watered down, so that the obligation to collectively consult perhaps only applies where there are 100 or more redundancies proposed.

Similarly, most of the Working Time Regulations will remain given the fact the UK have gold plated the European 4 weeks paid annual leave, instead offering 5.6 weeks? leave. It is also likely that TUPE will remain given it is an accepted employment protection now and the UK enhanced its protection when extending its reach to include service provision changes 10 years ago. There may be some relaxation on allowing post-transfer harmonisation of terms and conditions. We might see the removal of the Agency Worker Regulations which requires employers to offer equal terms and benefits to agency workers once they have been working for 12 weeks.

The UK?s Discrimination Legislation which is contained within the Equality Act 2010 is unlikely to be repealed given we had already legislated to prohibit sex discrimination, race discrimination and disability discrimination before Europe required the UK to do so. However there has been some discussion that discrimination compensation in the Employment Tribunal might be capped in line with unfair dismissal compensation. This currently can?t be done because our membership of the EU wouldn?t allow for it.

Finally there is unlikely to be any reduction to family friendly rights given that the UK exceeds the EU rights considerably in relation to maternity and shared parental leave.

That being said this is all very much uncertain and the likely position is that businesses will not be making any big decisions in terms of recruitment or expansion given the stormy waters we are entering into.

There will of course be implications in terms of free movement of workers and employees who are employed in the UK but are EU citizens. However, it is difficult to comment on this in depth given this will be the result of negotiations with the EU once Article 50 has been invoked.

One of the issues which might be a current issue for employers and employees is the way in which the post-referendum discussion has been playing out on social media and on the streets of towns and cities across the country. Employees should be mindful of the fact that any comments to fellow employees about ?going back to where they came from? will potentially lead to disciplinary action in the usual way and that the UK?s exit from the EU should not lead to racist comments or bullying and harassment in the workplace.

If you have any questions regarding the impact of Brexit on you as an individual or as an employer then please do not hesitate to get in touch with a member of the employment team.

Photo by blackzheep, courtesy of freedigitalphotos.net